The Duke and Duchess of Cambridge, Prince William and Kate, were at the Mental Health Summit 2018 when they were asked by Colombian-born contemporary artist Dairo Vargas, to contribute on the artwork. 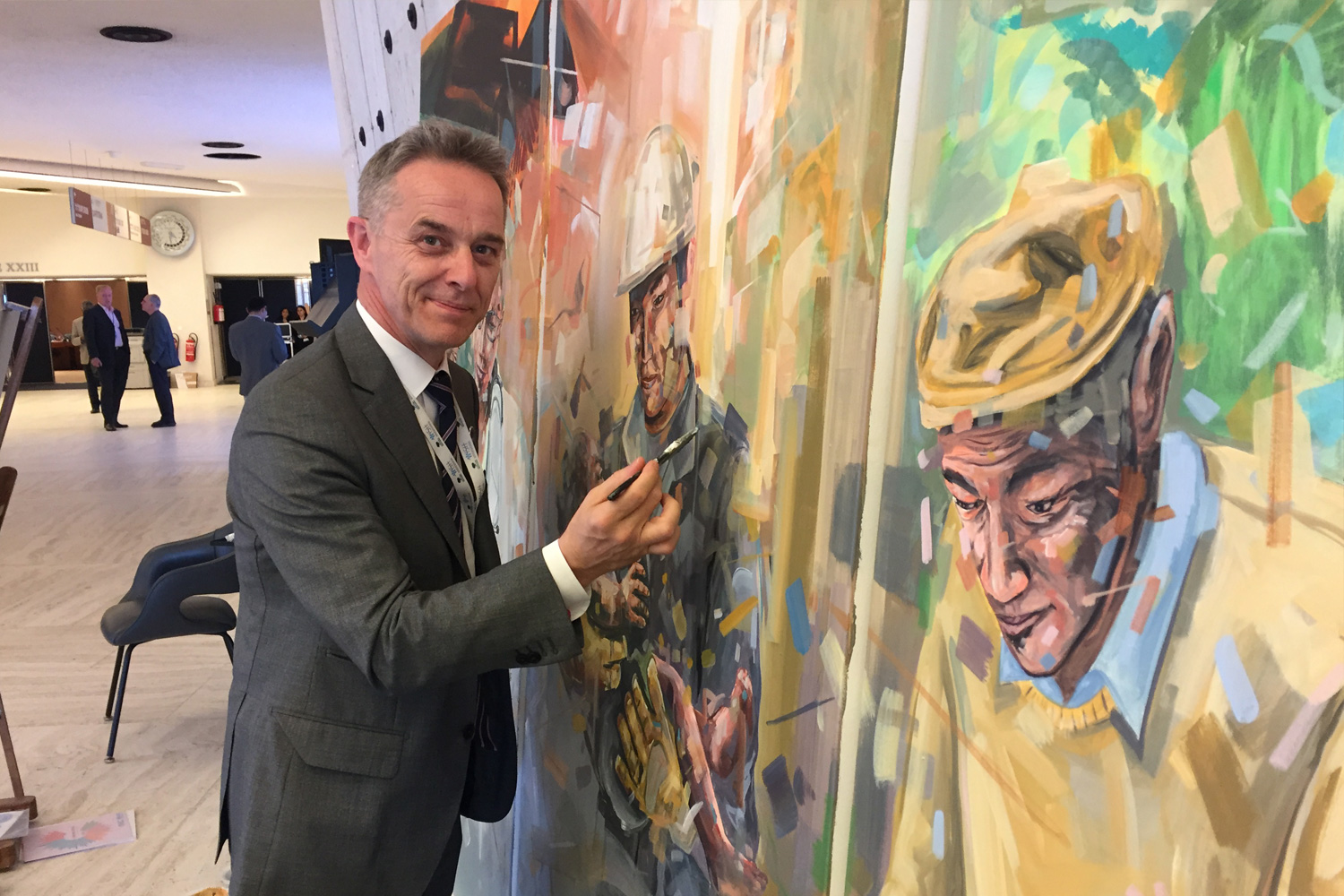 Dairo was commissioned to create an artwork, inspired by the real heroes, the health workers.  The WHO are striving to ensure that three billion more people benefit from universal health coverage, are protected from health emergencies and improve their overall health.

Dr Tedros Adhanom, Director-General of WHO, The former President of Liberia Ellen Johnson Sirleaf, Jim Campbell Executive Director, health ministers and hundreds of delegates around the world added their mark to the artwork. 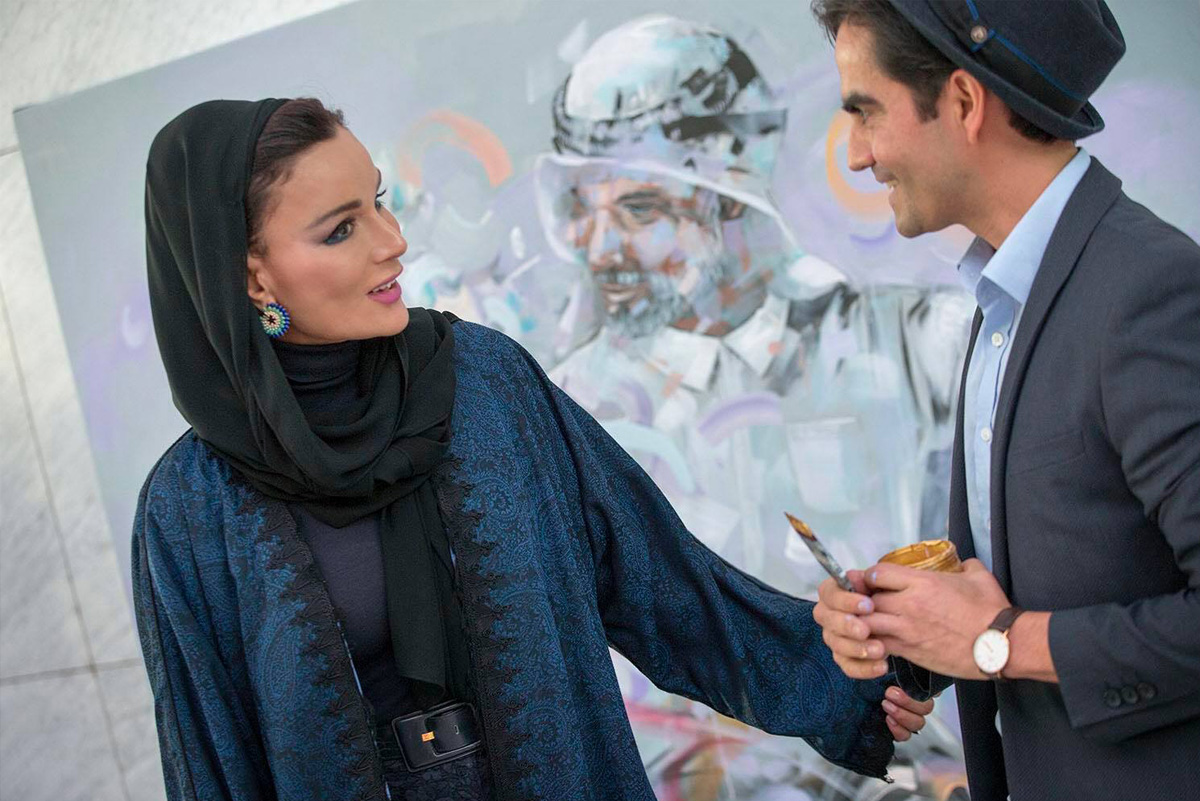 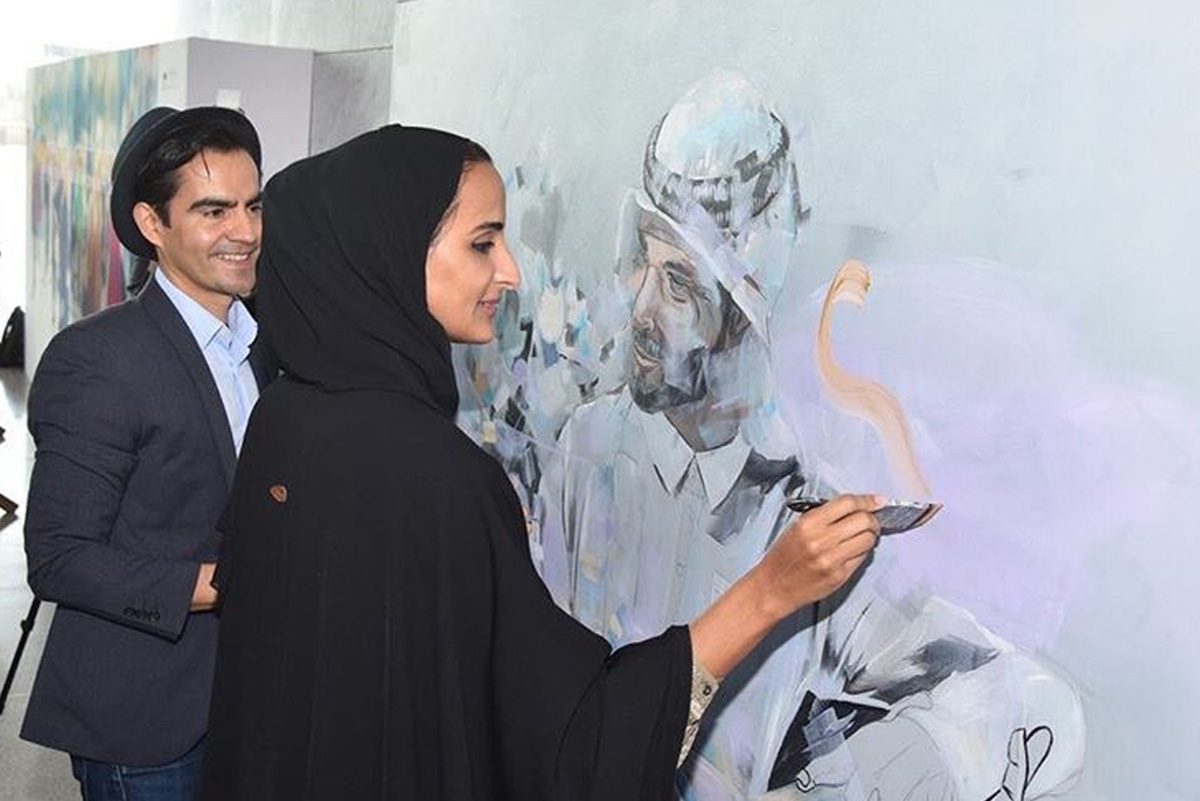 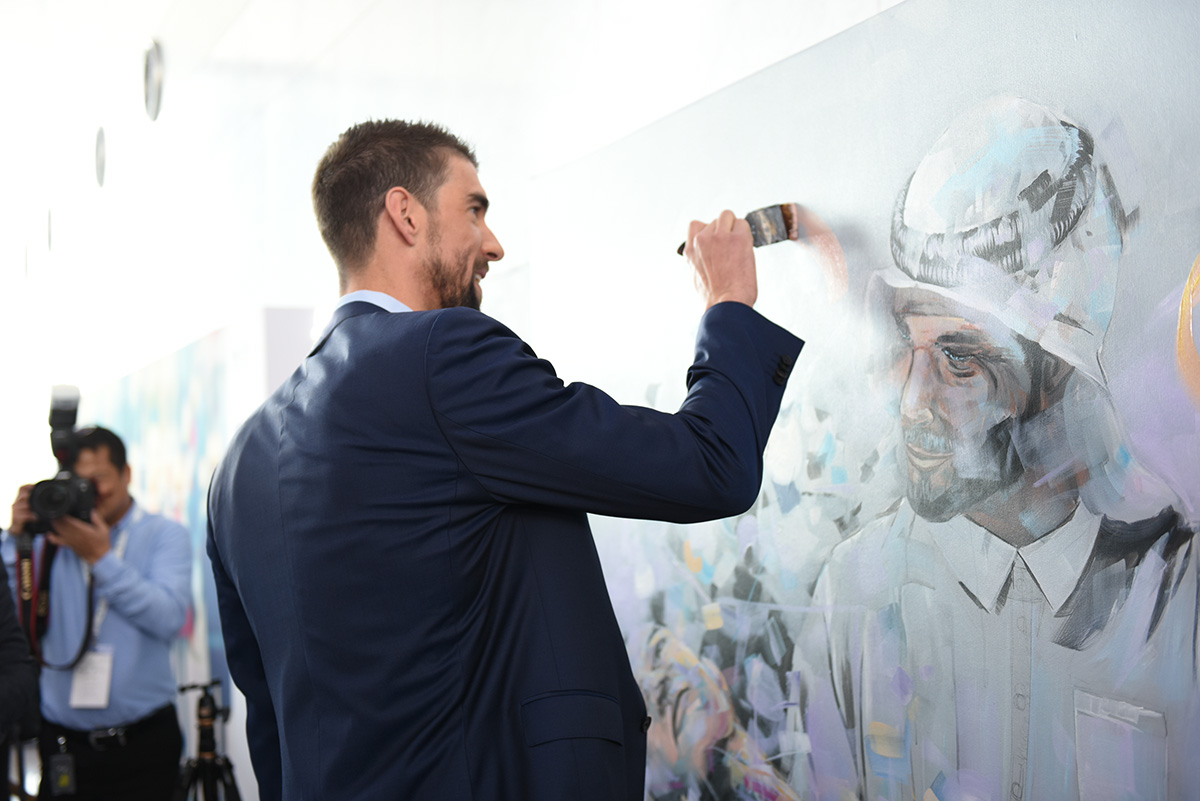 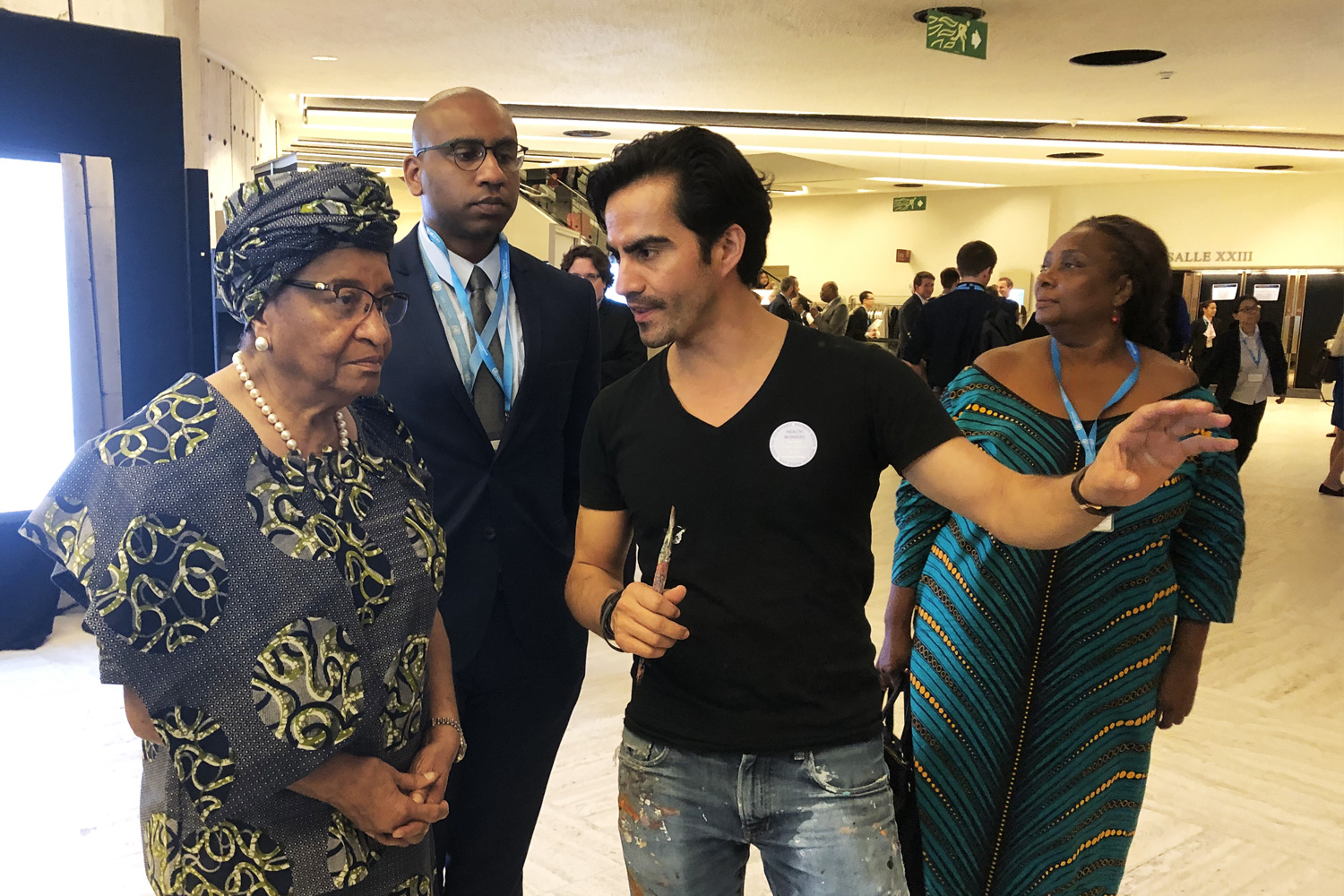 Wellbeing workshop for The Khabensky Foundation in Moscow.

Back in April this year I was invited to create a wellbeing workshop for The Khabensky Foundation in Moscow.
For over a decade, the foundation has been providing treatment, rehabilitation and support for children with brain cancer.The project – a partnership with London based art consultancy The Art Partners and the Russian Impressionism Museum – saw both parents and children participating in a truly beautiful experience. 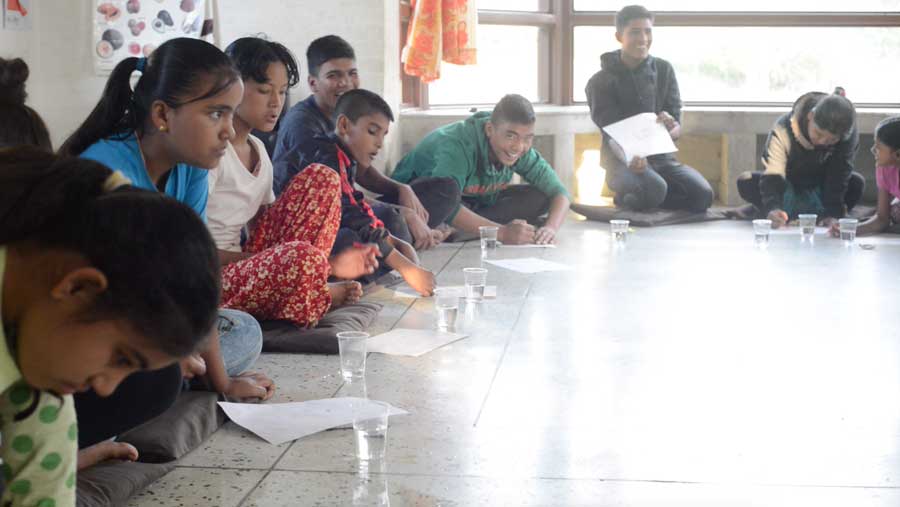 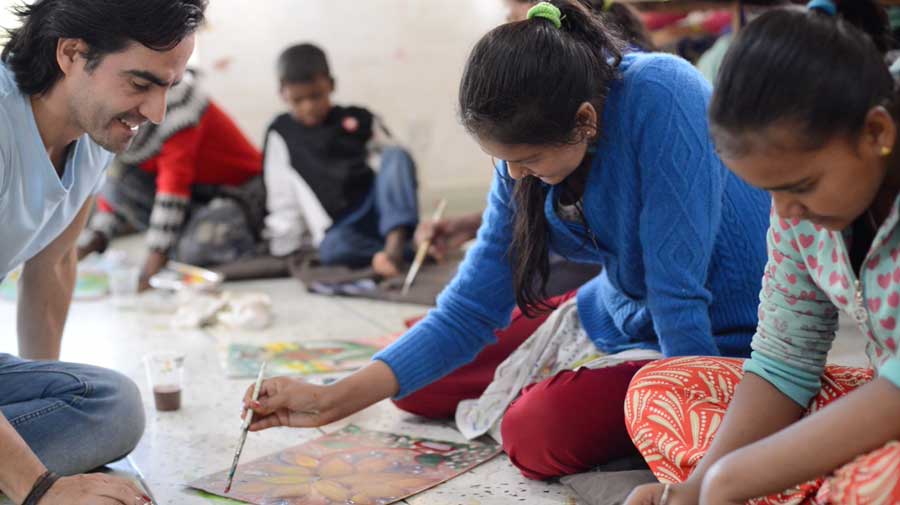 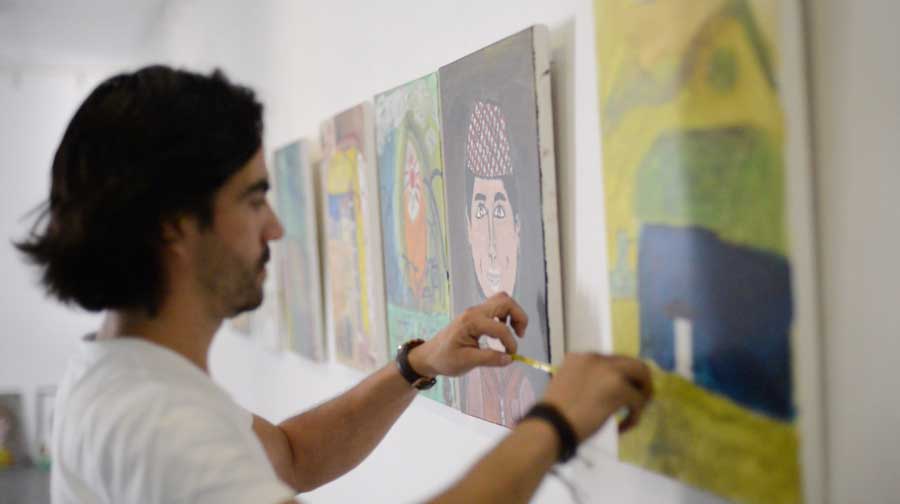 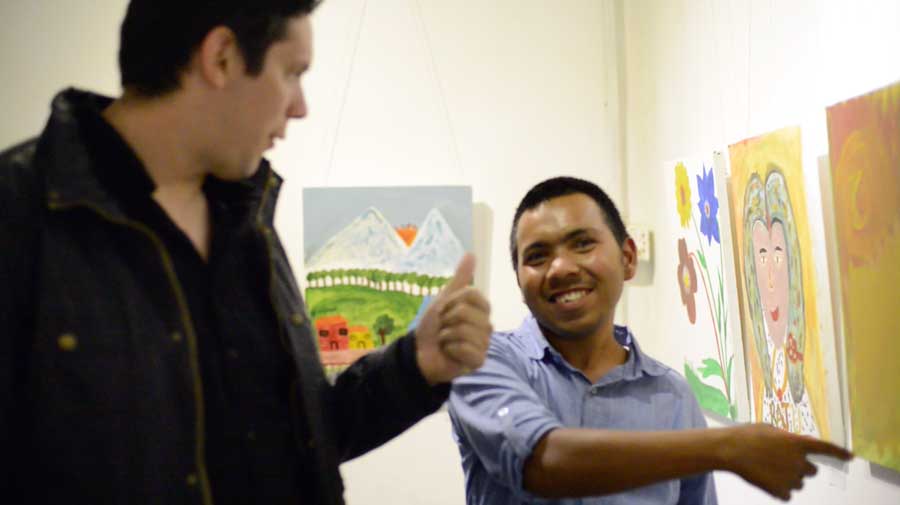 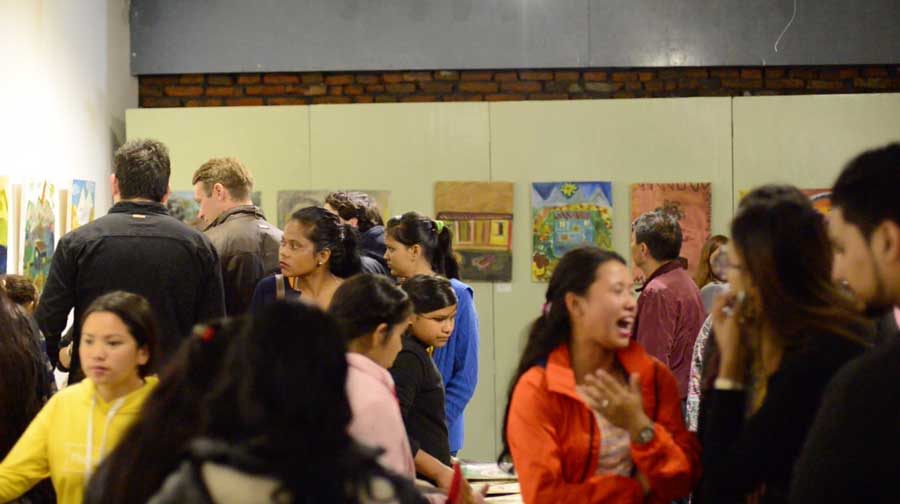 The Art project in Nepal was to help children that have been victims of trafficking, physical and mental abuse and sexual crimes.
The purpose of the project was to allow children to freely express themselves and their emotions using art as the medium.

I also encouraged the children to work on art pieces together which helped them to strengthen bonds and trust with each other and within themselves.Art is accessible to all ages so this allowed the children, staff and young adult apprentices to all participate.

Over the course of the weeks there was a noticeable change in the style of the paintings produced by the children in particular. The earlier paintings used dark colours with black being a particular favourite. As time moved on the colours lightened as we experimented with different subjects and styles. The final pieces, where the children were given complete freedom, resulted in various styles of work but all much lighter and joyful than earlier work.

A few students in particular stood out in their improvements. One young girl who was previously unable to sit still for too long and focus due to the traumas she had faced in life, became completely focused in her art work and produced a smiling flower as her final piece. One of the young men who showed little interest in wanting to paint due to his lack of self belief would happily follow my instructions and start to paint once I put a canvas in front of him, some paint on his brush and started the process of painting for him.

All of these students benefited from seeing their final pieces in an art exhibition I produced solely for them. The pride and joy on their faces and sometimes disbelief at seeing their paintings on the wall was a real treasure and important for their confidence and self esteem.

The Art Listens has created a curricular mental health resource to mitigate an increase in cases of intra-family abuse , depression, drug addiction and suicidal ideation reported among school students during the Coronavirus pandemic.

In partnership with the Secretary of Education and Institute for Educational Research and Pedagogical Development in Colombia, the initiative provides seminars to teachers, students and families to further awareness of mental health and promote practices of care, expression and participation through art.

Culture, art and participation in creative activities generate multiple positive effects that favour well-being in all its dimensions: emotional, cognitive, social and physical.

Art is a means of transforming social problems in a specific context.

In this sense, teachers have enormous potential to democratize and facilitate access to artistic assets, creating and enriching diverse experiences.

The pandemic forced us to re-invent our work and leisure activities – encouraging self-development and an opportunity to do things that perhaps we did not do before, in a way that we had not done before.

The project is based on a virtual workshop strategy which encourages topic engagement in a more reflective and experiential way.  As well as using art as a tool directly, students also learn breathing, visualisation and meditation techniques.